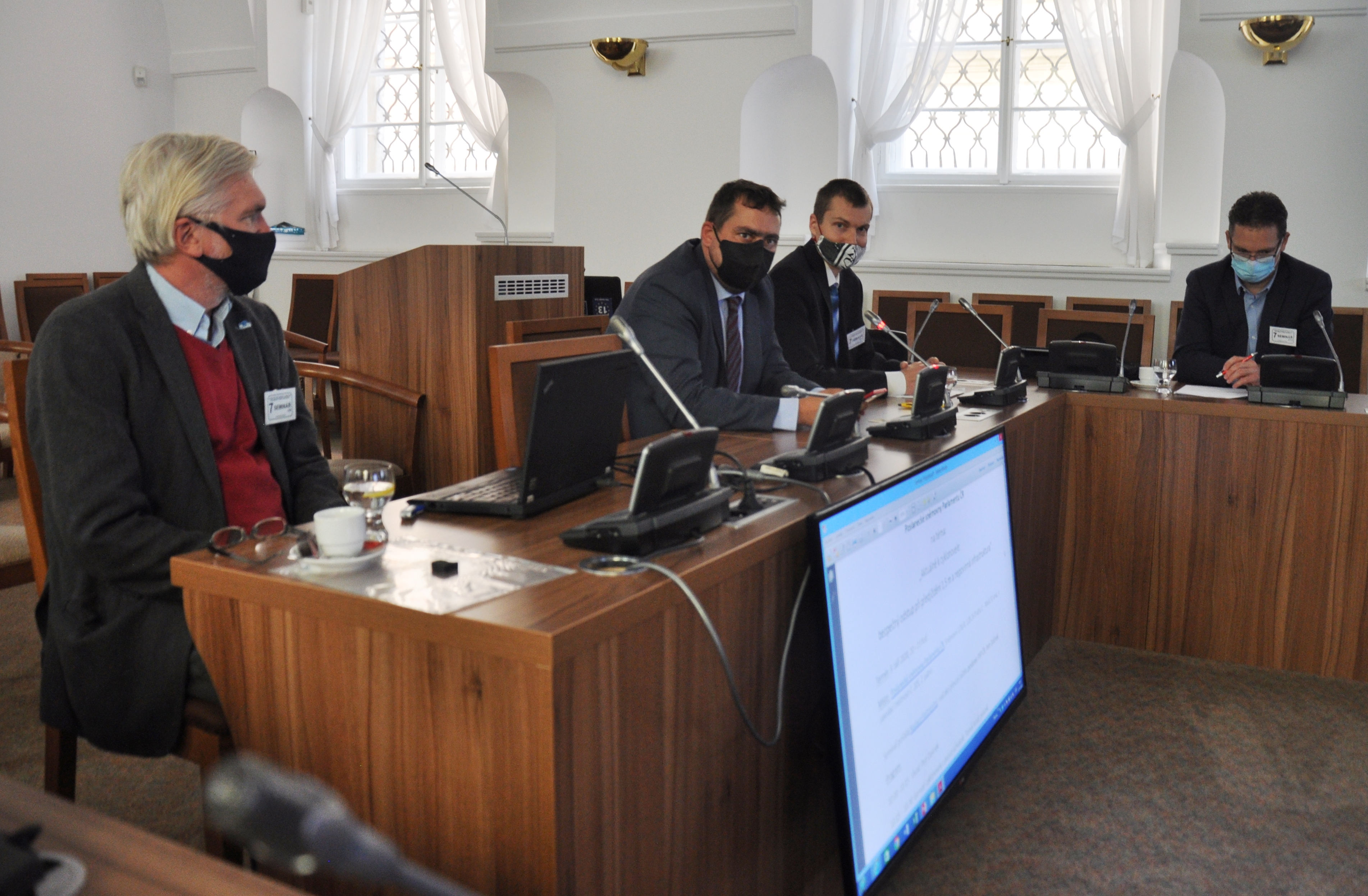 An expert seminar within an international Cyclurban+ project on traffic law amendment about 1,5 m distance from cyclist during overtaking and corresponding infrastructure was held in the Czech Parliament in Prague on September 3, 2020. Twenty participants from cycling NGOs such as AutoMat or members of the Czech Cyclists Federation, Ministry of Transport, Road safety authority, Public Transport providers, traffic engineers and Czech MP´s from a wide spectrum of political parties discussed the wording for the new amendment of Czech Traffic law which would increase the safety of cyclists on roads.

The seminar was organized by Czech Environmental partnership foundation (Nadace Partnerství) under the auspices of the Czech MP Petr Dolínek. The presentations focused on safety issues for cyclists as well as on accompanying infrastructures (multiple bike lanes, traffic law implications for cyclists and other vehicle users, obligatory use of shared non-motorized infrastructure etc.). Cyclists perceive, according to the analyses of existing accidents in Czechia, the safe distance from cars as an important element of feeling safe on the road.
The 1,5 m distance was questioned by the Public transport authority in regard to public buses and overtaking of cyclists where the overtaking is currently forbidden. Nadace Partnerství in collaboration with the European Cyclists Federation, an umbrella organization of cycling NGOś across Europe presented a research on similar law in EU countries where in most countries of Western Europe the 1,5 m distance is being applied. The new amendment if it passes through the Czech Parliament could come in power next year.

Presentations (in Czech) are available here.