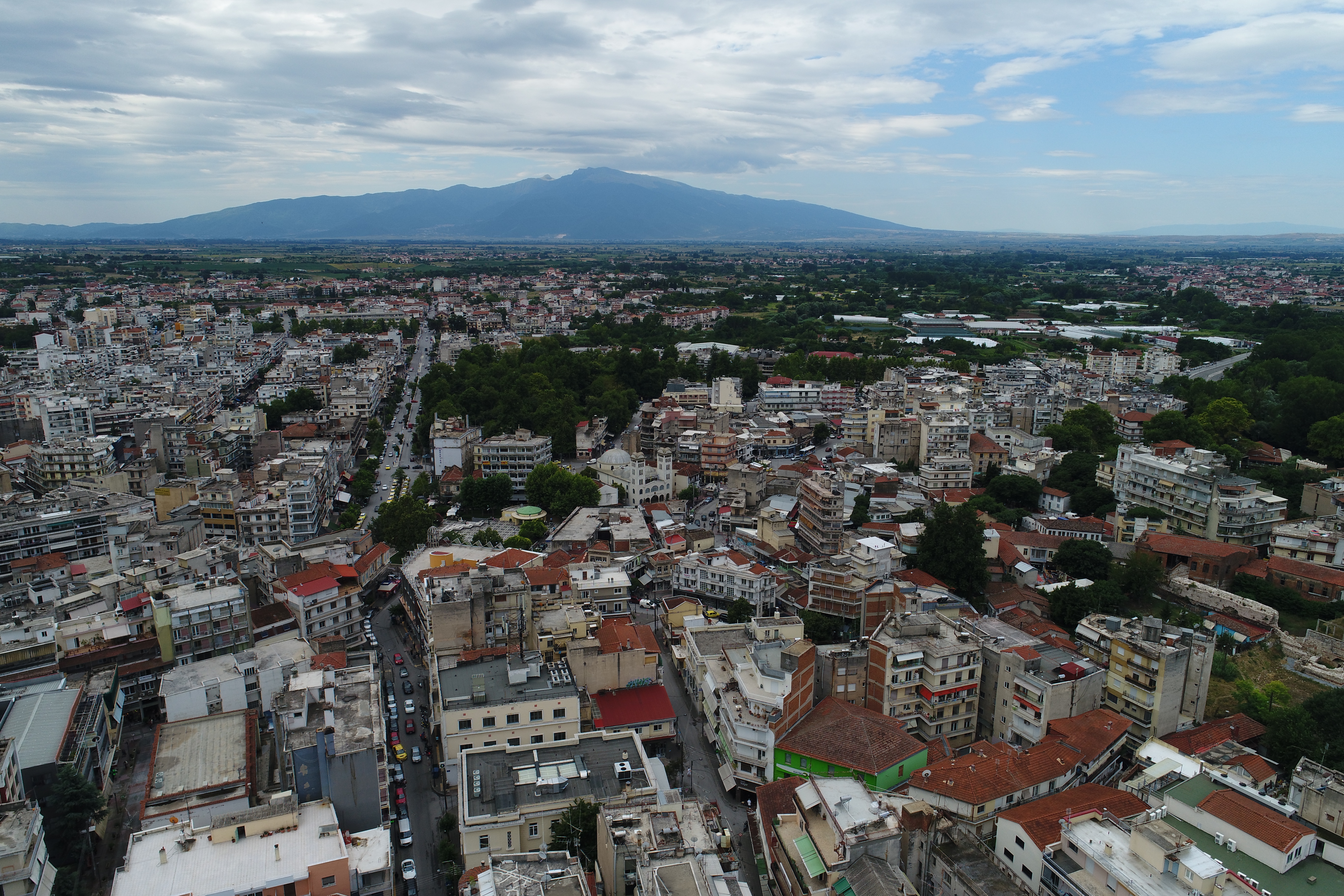 Drama is a small city located in northern Greece with a population of 45,000 residents. Built since the classical era and further expanded during the Ottoman Empire, it has a complex urban structure with narrow streets, unregulated spaces, and little street geometry.

The city’s surface is divided into three sections with different forms and attributes; a) the historic center with narrow streets, small houses arbitrary structures; b) several areas located in the outskirts of the city center, which have been recently reconstructed; and c) lastly the southeast suburbs which were developed following the grid plan system with low density housing.

Within the outline of the city plan (incl. the aforementioned there are large green spaces, some of them located in the historic center (St. Barbara’s Park and the Municipal Garden). But like in most Greek cities, mobility in Drama is highly car-oriented. The use of the private car is particularly common reaching 88% of the trips, while 6% of the overall trips are conducted by motorcycle.  Few streets have been pedestrianized in the city center, while recent policies in the area include traffic restrictions for access regulation and some bicycle tracks.

The Municipality of Drama in cooperation with the Sustainable Mobility Unit of the National Technical University of Athens – NTUA (Cyclurban partner organisation), has developed a cohesive Sustainable Urban Mobility Plan (SUMP) including a series of measures and actions to improve the mobility of all road users; pedestrians, cyclists, disabled people, public transport users etc.

This plan aims to strengthen public transport and protect neighborhood areas and the historic center from motorized traffic. Critical aspects of the SUMP objectives include the protection of the historic center by removing through traffic with measures such as one-way streets, traffic calmed areas, new street hierarchy and many more.

Set a goal for enhancing/advancing cycling

Drama aims at reducing the number of trips with private motorized vehicles and increasing the trips with alternative means of transport (public transport, cycling, walking).  The objectives of the Sustainable Urban Mobility Plan for Drama include the following:

The Cyclurban project plans to extend the existing bicycle infrastructure in order to make Drama a bike-friendly city, with a special emphasis on its historic center. The project also suggests specific planning and detailed design solutions for the bicycle network, along with detailed architectural design specifications for the integration of water spaces in the city’s fabric.

There are various complementary actions to improve cycling. Such actions can include training and awareness raising sessions to the public and road safety improvements for cyclists. These actions and measures shall be tested regarding their feasibility and applicability.

The SUMP of Drama is the first step in the direction towards more traffic sustainability. It includes a number of strategies and measures regarding the development of green routes, traffic calmed zones around schools and other vulnerable facilities and centralities, speed reductions and road safety improvements, new street hierarchy, walking facilities . All SUMP proposals aim to improve the overall mobility in Drama. Cyclurban will process the above objectives and provide concrete and detailed solutions for the implementation of bicycle-related actions. The ways for applying the proposed solutions depend on a cost-benefit assessment and the level of stakeholders’ engagement and consent.

The scenarios proposed by Cyclurban are listed according to the level of intervention as follows;

All the above will be implemented through the Sustainable Urban Mobility Plan of Drama.

All the above can be categorized as follows;