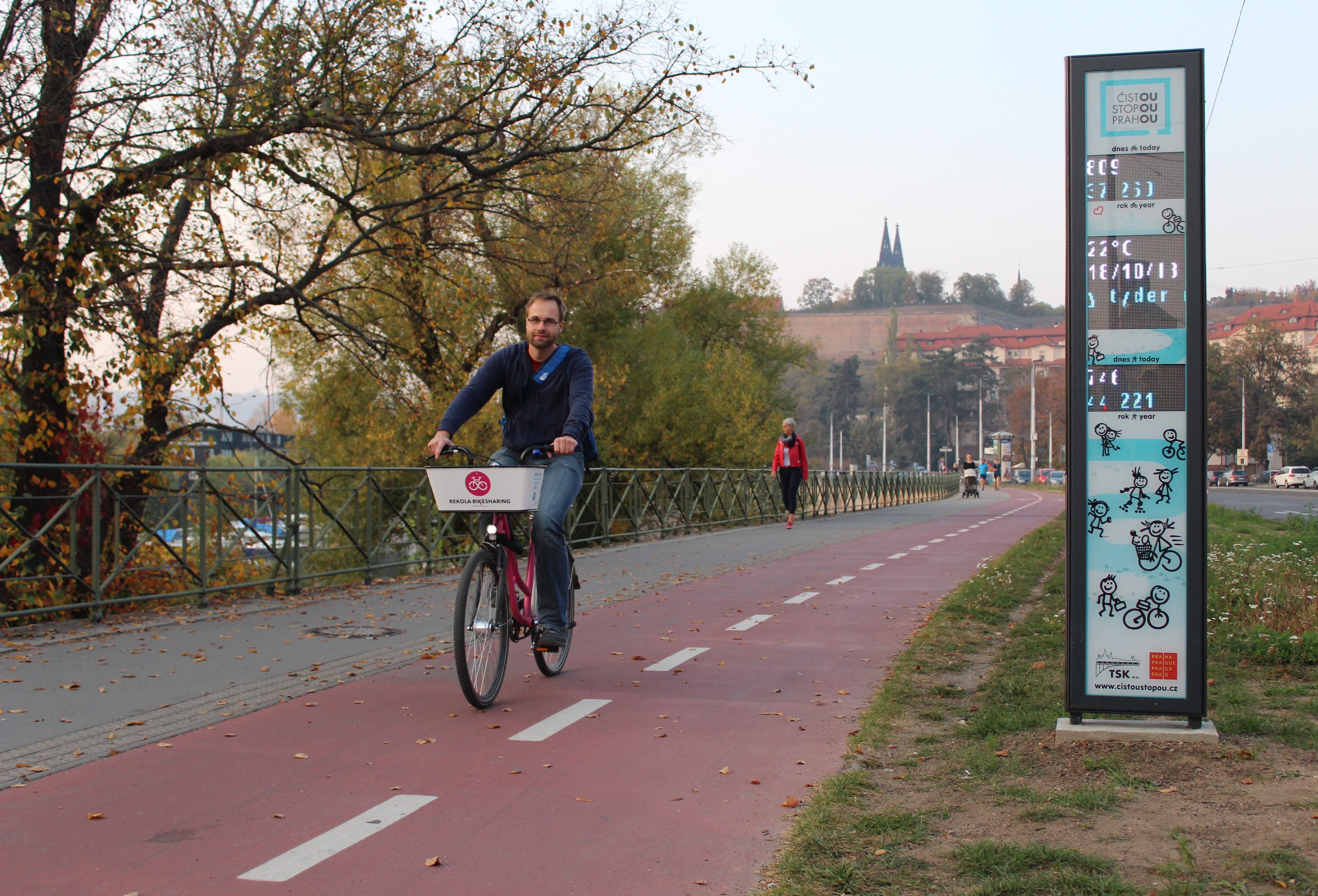 In times of the Corona crisis with limitations of free movement, closed schools and shops, and reduced economic activity the preferences for modes of transport are changing all over the world.

The largest drop in usage according to figures released by the City of Prague relates to the Prague public transport system and especially its subway network. Between the 16th and the 22nd of March the numbers of users dropped by more than ¾ compared to the first March week in pre-crisis times. Additionally, the use of individual cars dropped significantly by 35 % in the city centre compared to regular times based on figures of the Prague Road Authority (TSK Praha).

The only mode of transport that indicates sharp increase is active mobility (cycling and walking) which can be related to the reduced infection risk for cyclers and walkers, but also an increased desire of people to move as a result of the closedown of sport facilities and the necessity to stay at home more than normal. At the same time lower emission levels as well as safer roads due to reduced car traffic in Prague contribute to this development and make active mobility even more attractive.

Based on figures from automated counters between the 16th and 22nd of March, 26.680 citizens chose the bicycle to move on the route were the counter is situated, which was almost 50% more than in the same period of 2019. The increase is remarkable especially on weekdays. After the quarantine was announced on March 16th the daily average of cyclists grew by 107,9 % while on the weekends it grew by 22,4 % only.

The busiest counter in Prague is “cycle totem” in Prague Podolí on EuroVelo 7 route which was installed a year and half ago by Partnerství o.p.s.. The daily counts in the last days attack the 4.000 users daily (pedestrians and cyclists) while a maximum of 2.095 cyclists was counted on March 28th.