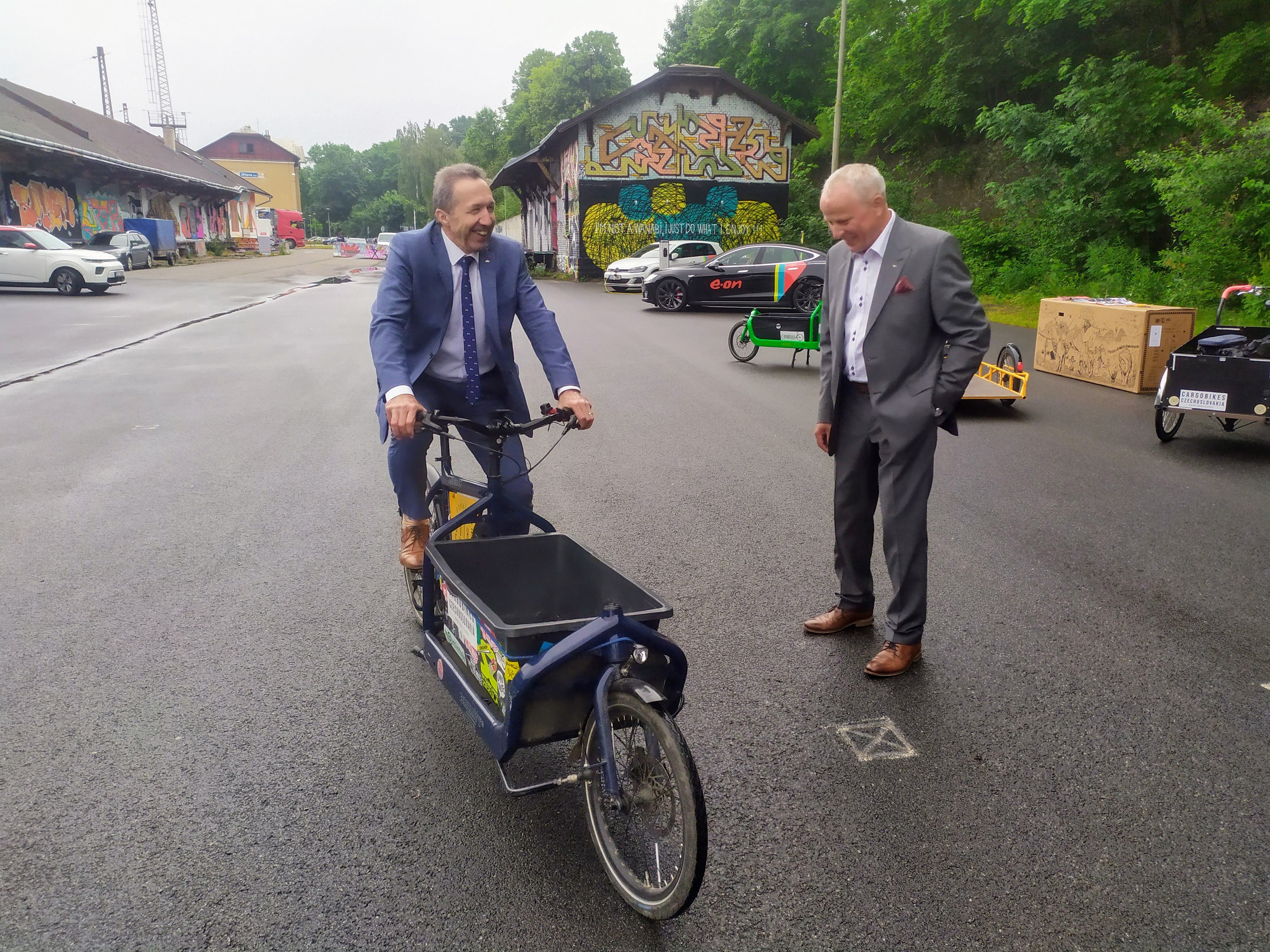 Within the Cyclurban+ project, a public cargo bike rental service was made available for 5 months in Brno, Czech Republic. We are now publishing a full report on the running of the rental and the experience gathered. The report also includes a proposal on how Czech municipalities can run similar rentals to offer their citizens an alternative to driving a car.

Public cargo bicycle rental can replace car journeys in cities in 50 to 60% of rentals. Cargo bikes were used by users in about 40% of cases for transporting children and people and in 60% of cases for transporting a variety of cargo. The average length of a single trip was 23 km, with the most frequent rentals being for one or three days. During the season, the occupancy rate for rentals exceeded 90% of the time available for booking.

Users cited the lack of or inadequate bicycle infrastructure in cities as the main barrier to urban bicycle use. There is an absolute gender difference in the perception of inadequate infrastructure, i.e. lack of cycle lanes and cycle tracks. A full 89% of female cargo bike users perceive insufficient cycling infrastructure as a barrier, compared to 49% of male users.

Public cargo bike rental can be operated as a public service similar to public transport, senior taxis or integrated transport systems. According to the detailed business model, an operating subsidy of 40 to 50% of the rental turnover is required to run the rental service. By comparison, the Brno Public Transport Authority operates with an operating subsidy of 59 to 67% of turnover. The operation of a cargo bike rental with five cargo bikes will require public support of CZK 400,000 to 600,000 per year. It can be expected to carry out 600 to 900 rentals a year, covering 13 to 20 thousand kilometers.

Public bicycle rental is one part of a sustainable solution to urban mobility problems. The possibility to use a cargo bike reduces the dependence of a part of the population on car transport and improves the image of cycling in the city.