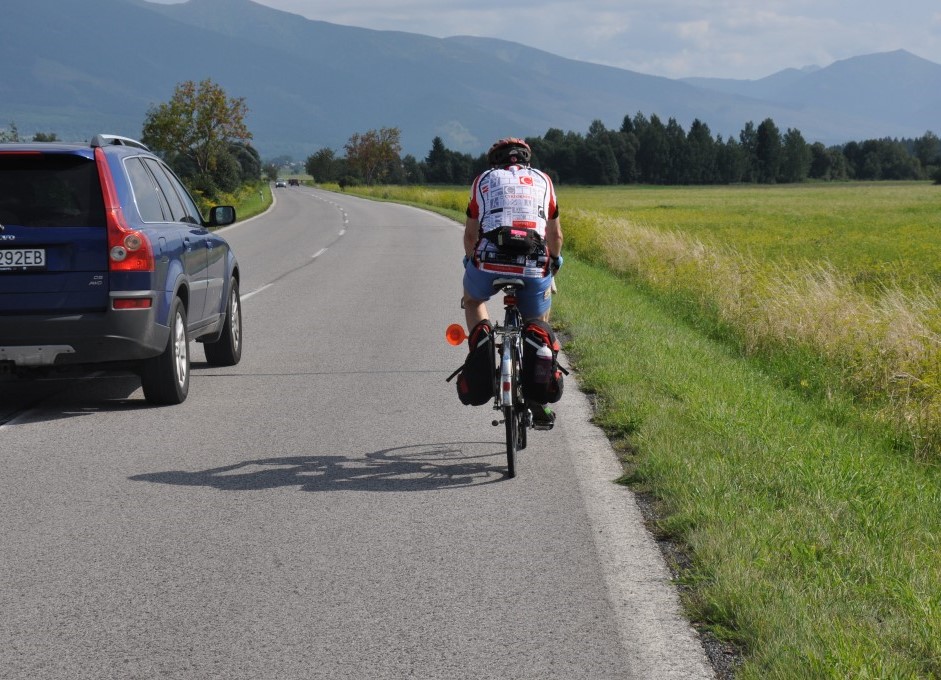 The Czech Parliament approved today by majority the amendment of the Czech Traffic Code which makes it obligatory for vehicles to keep safe 1, 5 m distance while overtaking a cyclist. In 30 km/h zones the safe distance is set merely for 1 m. Similar legislation is valid in other European countries like Germany, Spain or France while other countries like Slovakia, Slovenia or Hungary are considering a similar law. The new amendment of the Czech Traffic law will help increase the safety of cyclists on Czech roads, believe the advocates of this legislation.

„We know from statistics of occurred collisions between vehicles and cyclists, the second suffers severe injuries in 98 % cases. Cyclists are not protected by safety features of cars that are mainly protecting the person inside the car not outside, that’s why this amendment is so important for safer cycling on Czech roads” says Daniel Mourek from the Czech Environmental Partnership foundation (Nadace Partnerství). The foundation was involved, together with other organizations united in the Czech Cyclists Federation and the Czech Union of Cyclists, in a more than 6 month long campaign led by lawyer and enthusiast cyclist Tomáš Kindl.  Part of the lobbying work was also Cyclurban+ seminar organized in September 2020 in the Czech Parliament with all important stakeholders and with valuable input from the European Cyclists Federation.

The package of amendments of the Czech Traffic Code also includes, among others, the abandonment of obligatory use of cycle trails while cycling on the parallel road.

The amendment will now go to the Czech Senate and if approved it would be effective from July 2021.